Dogs That Bite: It’s the Owner, Not the Breed 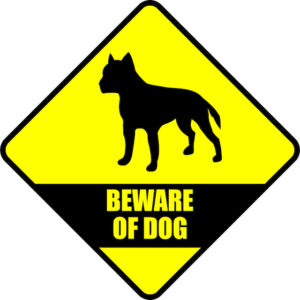 Many people love all dogs while others may fear all dogs. A good number of people fall somewhere between; trusting many canines they meet but fearing certain types of dogs. German Shepherds, Rottweilers, and certain other breeds certainly have a reputation for being overly protective, even vicious—but is it deserved?

Surprisingly, some of the most aggressive dogs can be the smallest. Chihuahuas are known for snapping at strangers, particularly children. However, much of this lore may actually be due to a human tendency to categorize things, sometimes erroneously. It may be that larger breeds are simply scary to many people, and owners of smaller dogs tend to be less strict with their training in some instances.

Whether large or small, AKC champion lines or lowly mutt, all dogs need the same thing in order to be a good companion: a responsible owner. The law holds pet owners to a certain standard when it comes to their animals’ behavior.

Additionally, the law requires that an owner or handler be in control of his or her dog at all times. This means obeying leash laws, keeping fences in good repair, and keeping watch over the animal in designated off-leash areas such as dog parks. An owner who fails to prevent their dog from biting or otherwise injuring someone may be liable for damages.

Has a Dangerous Dog Injured You?

If you or a loved one has been bitten, knocked to the ground, or otherwise injured by a dog or other animal, you may be eligible for compensation under New York law. The law may limit your time to file a claim, so don’t delay—and don’t be a victim twice. Contact us to speak with an experienced attorney about your situation.